Descendants of James A. Clark

When James Clark and his wife Ann left Connecticut in 1825 to accept the family land grant in Illinois, they left behind their three children, Delia, James A. Clark (1816-before 1870), and Leonard Sherman, even though the three children were left behind with the Howell Family in East Haddam, with whom they were very close.

In 1839, James married redheaded Sophia Tooker of Lyme, the eldest child of John & Olive Tooker. Sophia was born a Tucker, but that's another story. They settled in Lyme, and had five children:

-James Clark (named after his grandfather), born 1841. No information on him past the 1860 Census. 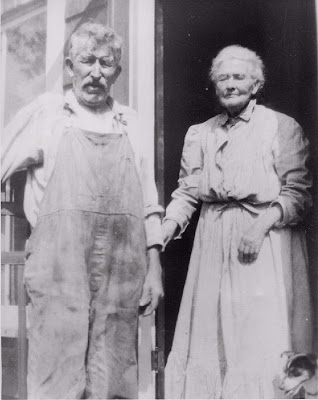 -Delia Ann Clark, born 1851. For unknown reasons, she moved at age 19 into the family home of the Peckhams in Windham, CT. Alice Peckham was around her age, so it's possible they were friends. No boys her age lived in that household, so it's clear that the move wasn't for a boyfriend. Delia never married, couldn't read or write, and spent the remainder her lifetime working as a live-in housekeeper for a rich widow in East Haddam by the name of Mrs. Hungerford. She spent her final years at a nursing home called East Haddam Town Farm. The 1930 Census for that facility declared that Delia could read and write at that point in her life. She died in 1931.

-Charles Hiram Clark, born 1855, also didn't learn to write until after 1900. He was a fisherman who lived in Lyme all his life. He married Sarah Irene Whipple in 1877, who was a daughter of Amos and Laura Bogue Whipple (Laura's brother George Bogue married Alice Tooker, Lizzie's elder sister). Here is a picture of Laura and her second husband, Henry Banning: 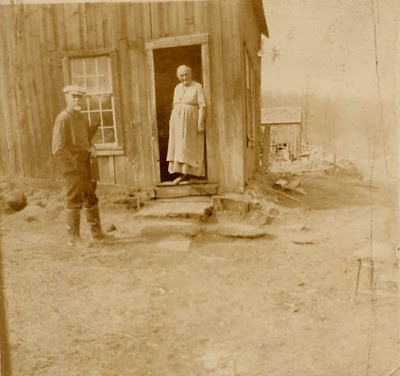 
Charles and Irene settled on the Old Hamburg Road in Lyme. They had five children: Florence (whose albino husband abused her, and she lived most of her life in the State mental hospital), Agnes Besse (who abandoned her husband/cousin, Everett Rose Clark, and the kids - Everett was so mad he threw a state child welfare worker out the window), Alice, Ansel (who married Lizzie Tooker's cousin Bertha), and Harold. Harold Clark (nicknamed "Gilpin", perhaps a nod to fanciful politician William Gilpin), was an avid fisherman in his later years and would carve animals out of wood. Below is a picture of Gilpin just before shipping off to France for WW I: 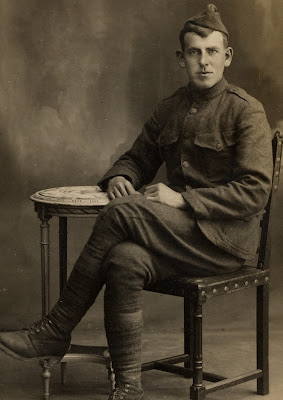 -James and Sophia's youngest child was Norman Ely Clark (1859-1945). He lived in Lyme all his life and also never married.

By the 1870 Census, James A. Clark had died (he was a fisherman and had drowned in the Connecticut River) and Sophia Tooker Clark had moved in with her parents, bringing her two youngest with her (Charles and Norman).
Posted by Scott Leonard at 3:18 PM