The Beans of Carroll County NH


My 6th great grandparents, David Bean (1717-1770) and his wife Mary Judkins (1715-1774) (who were 2nd cousins), came from the very large Bean family of Rockingham County, New Hampshire, which established a strong military history, descending from John MacBean, Scottish prisoner of the English Civil War who was sold into slavery upon arrival in the New World.

David was born in raised in Brentwood, son to John Bean of Exeter, and great grandson to the aforementioned John MacBean.  He and Mary had twelve kids in Brentwood, and moved during the 1760s to Sandwich, in Carroll County (then part of Strafford County).  I wonder what precipitated the move to Sandwich (which was 75 miles north an over 12 hour horse and buggy ride).

When David died in 1770, his children were ranging in ages of 11 to 30.  All seven of his sons fought in the Revolutionary War (James, Samuel, David Jr., Moody, John, Josiah and Benjamin).

After the War, only a few of David's children stayed in Sandwich, and the rest moved to neighboring Moultonboro.  His youngest son David was an early founder of Tuftonboro.  In fact, several Bean Cemeteries are located in these towns, and they are the final resting places to David's many descendants, although I'm not sure where David and his wife Mary are buried at present - likely somewhere in Sandwich.

Below are handy FindAGrave links to the various cemeteries named for the Bean family:

Their son, David, Jr. (1743-1817), was my 5th great grandfather.  He stayed in Sandwich, where his wife Abigail Moody and he had eleven children, including my 4th great grandmother, Sally Bean-Fuller (1781-1840), who moved south to Lowell Massachusetts with her husband John Fuller, descendant of Edward Fuller of the Mayflower, and also including Nicholas Bean, whose wife Lydia Brown may have been related to my Brown family of Moultonboro, and whose daughter Rebecca most likely married into my Elliott family of Sandwich.

Below is a pedigree chart I created, showing descent from John MacBean of these various Bean families of New Hampshire (some people have been omitted for ease of visual): 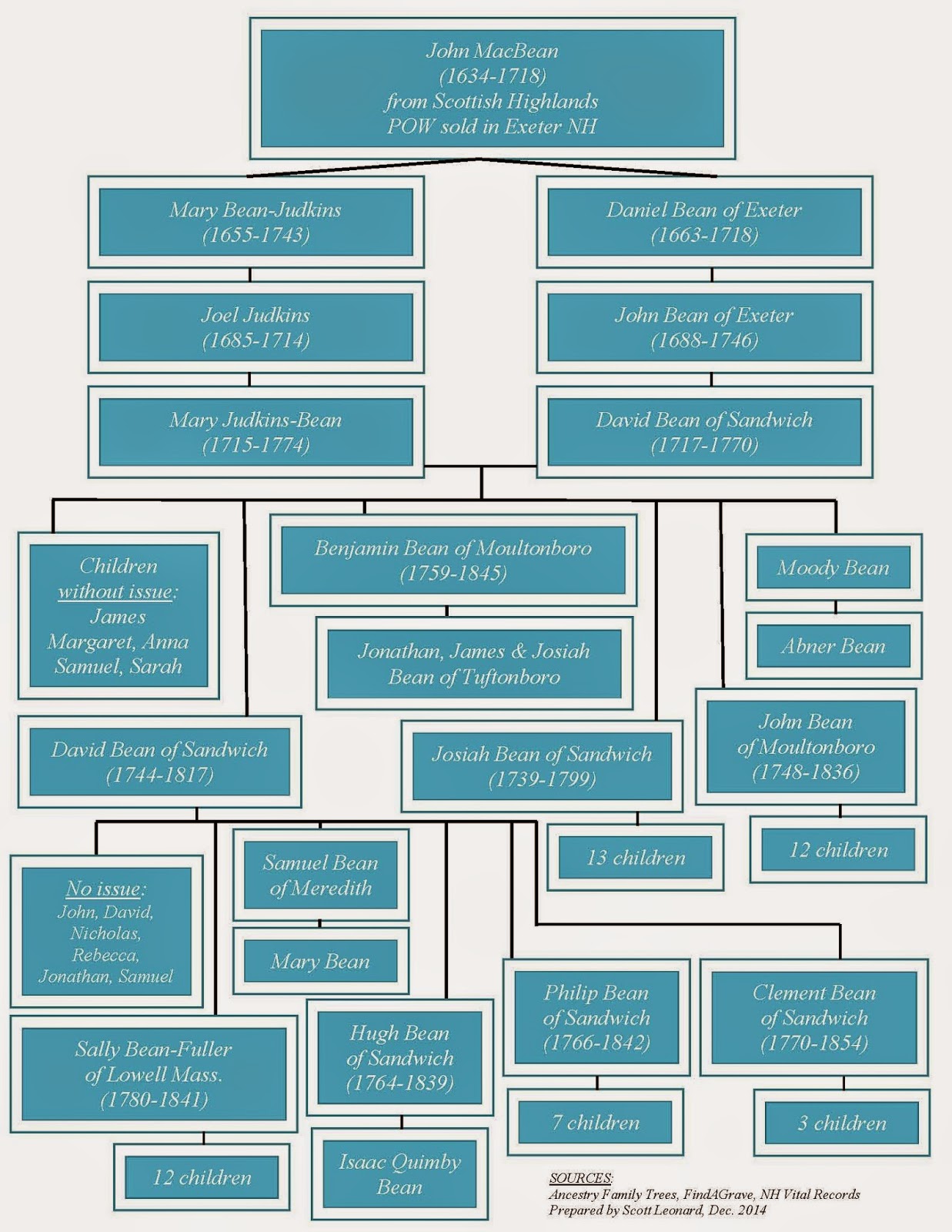 Was Sally Elliot-Morrill an Ossipee Indian?


Short Answer, as of 2016:  No, this family link does not have Indian roots, after running DNA tests.  My family story of being linked to Indians is nothing more than fiction, and a very common story among most White American families.

Long Answer below, with all research...

This blogpost is a place for my research on the rumored Indian ancestry in my family, coming through my maternal grandmother, Emily Temm-Clarke, and my theory at one time that it might lie with my grandma Emily's maternal great grandmother, Sally Elliot-Morrill, born to Benjamin Elliot and Susannah Drew of Sandwich, New Hampshire in 1805, wife of Jonathan Smythe Morrill of Tuftonboro, and later of Portland Maine.  Jonathan and Sally are the forefathers of a large number of Greater Portland Morrills.

As mentioned in an earlier post, if you ask any White American about his ancestry, they will most definitely tell you that they are "part Native American".  I've had fun with these people, trying to get proof for their claims, but the best that most can offer is that Grandma told them there was a "Cherokee Indian Princess" in there somewhere.  Occasionally someone offers up some DNA proof, and I've even helped some people find verifiable links to Indian census rolls .  It can happen, of course, but not nearly as much as we might wish.

The story I always heard in my family while growing up was that somewhere on Grandma Emily's side of the family, we are from the "Blackfoot Tribe".   As a child, it sounded interesting enough to me.  As a moody teenager searching for validation, I began to adopt the idea as fact, and believed myself to be special in some way, given that I already had been told that my dad's side of the family had Mayflower roots (a rumor I was able to prove true - many times over - with a lot of help from cousins, and digging through many old records).  As a teenager, though, I found it fascinating to imagine myself as descending both from native people and from those who colonized.

At some point after I began college in NYC, I was at the public library, where I was approached by a very obvious looking American Indian, who told me that I appeared to have some measure of Indian features, and that I should join the YMCA Thunderbirds, who could supposedly help me determine the truth of it all...with the ultimate goal of my being able to apply for government scholarships for college, since American Indians can apply for grants for that purpose, of course depending on how much native blood you can prove to posess.

I never took the kind man up on his offer, and my own independent research later led me to learn that Blackfoot Nation is located in Montana.  Was some ancestor of mine from Montana?  Did they later 'drift' to New England??  Was there even a connection?  Or, more likely, was this all an exotic story that had been passed down many generations?  I didn't know or care enough at the time to pursue it further.  However, while still in college, in one last ditch effort to try and secure government cash for my schooling, I went to my 86 year old Grandma Emily, and asked her, "Hey Gram, what tribe of Indian are we anyway?"

Now, this is quite contrary to what she had supposedly told my mother growing up.  So, blame it on a bit of senility, or exaggerated family folklore, but I was still left to sit on that for several years, until it became a pet project of mine as a family researcher.

Many have looked at the picture above and have said "How can she deny being part Indian?"  Those tough features, high cheekbones and all...but the woman above was born to parents who were deemed "WHITE" on all available records.  Her father, John Henry Temm, was half German, half Scottish, and I have records backing that up.

Her mother, Hattie Morgan Temm, was, as far as I could tell from my research, purely of English/Welsh stock.  However, she does appear quite dark in the below sepia-tone photo, but that could be easily blamed on photography:

Hattie's father, William Sanford Morgan, looks white (and is clearly the source of my gramma's high cheekbones).  He is proven to be of English and Welsh blood by many dozens of available records:

Hattie's mother (and William's spouse), Emily Morrill, daughter to Sally Elliot, looks white too...but perhaps there's a small amount of something else there? 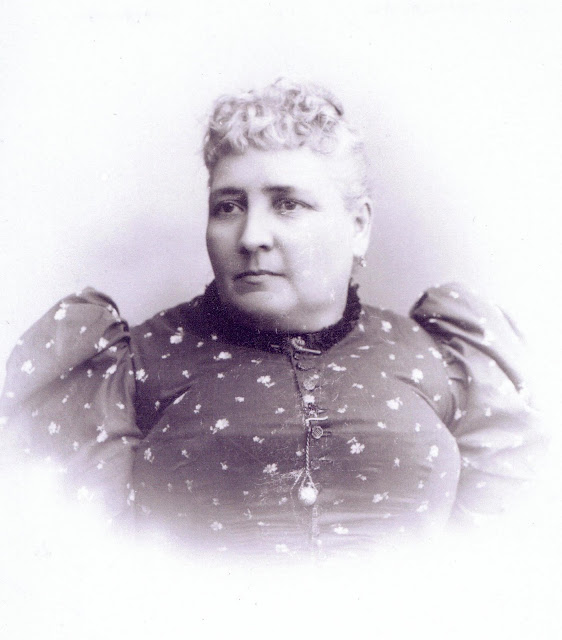 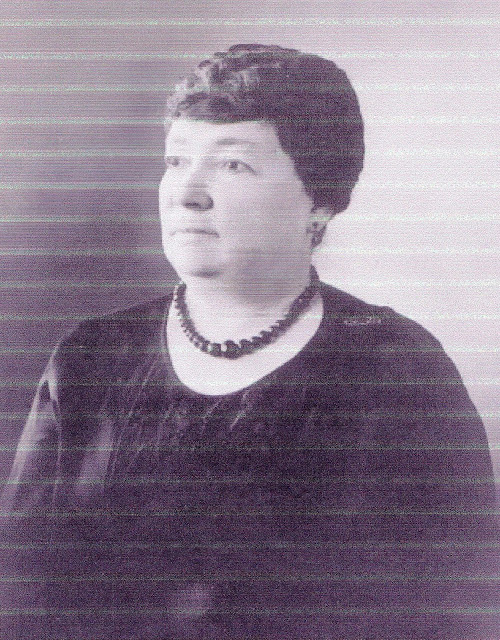 Adelaide's only child, Emily Simpson-Pease, actually looks kind of dark (but perhaps it's also the tone of the photo?), when HER father was white and of direct British descent: 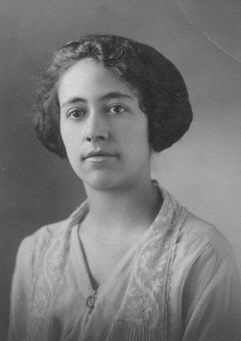 I had my mother do a maternal DNA (mtDNA) test.  This would serve to show a link to ancient racial migration patterns, but only to her direct maternal line...which would include all the ladies pictured above.

Her group came up as "Haplogroup X2b4".  Now, A, B, C, D, and some of X are all associated with migratory Siberian Asian people that settled in the Americas as the first, "Native Americans"...for lack of a better term.  But some women in Haplogroup X are also linked to European people, so much research had to be done to create the above group X2b4, to narrow this down (this occurred in 2015).

Now, the Ossipee Nation (one of the 12 tribes of Algonquian/Eastern Abenaki Indians) was located on Lake Winnepesaukee tributary known as the Melvin River.  My thought was that Sally may have been associated with this tribe, given the proximity.  A poem by John Greenleaf Whittier describes the famous Indian Grave by the Lake where they found the bones of a seven foot Indian and placed a memorial stone.

I've been satisfied, though, with the DNA research above, completed in 2015, that there is most definitely no Native American blood in my family.  Looks like my Grandma Emily was correct after all.  She wasn't no "GAWWWD Damned Indian".
Posted by Scott Leonard at 1:48 PM No comments: