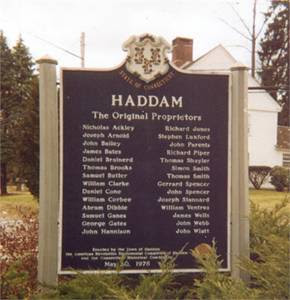 William Ventres and his wife Elizabeth emigrated from England and were original founders of the town of Haddam in 1668.

In 1669, Brainerd, James Wells, and George Gates (listed in the plaque above), together were charged with the task of mapping the lands on the east side of the Connecticut River.  They laid down the first roads in the area, and sold off the lands to a variety of families without ever having seen much of it.  In 1673, Robert Chapman (recent immigrant from Yorkshire and my 8th great grandfather), put the first house down along the river, just to secure his claim on the lands.  In 1685, the first settlers of East Haddam began doing the same.  By 1700, there were 30 families settled in East Haddam.  The family names of Clarke, Chapman, Seldin, Brainerd, Ventres, and Warner, all ancestors to Grampy Clarke, were known as the founding fathers of East Haddam, CT.

These settlers still needed to cross the Connecticut River westerly every Sunday to attend church in Haddam.  Captain John Chapman (Robert's son) built a ferry service for that purpose.  Some controversy arose regarding the need for travel, as the population started to grow.  As early as 1697, the Gates family petitioned the Connecticut Colony General Assembly to form an Ecclesiastical Society separate from Haddam.  There appeared to also be a disagreement on who should be pastor at the Haddam Church.  In 1704, East Haddamites finally got their own church, the First Congregational Church of East Haddam.  One of the very first baptisms performed by the Church was for Susannah Ventres-Brainerd, founder Daniel Brainerd's daughter in law, and my 7th great grandmother.  Many of my Fuller ancestors were also baptised here in the early years, starting with the children of Timothy Fuller, one my 7th great grandmothers on my father's side. 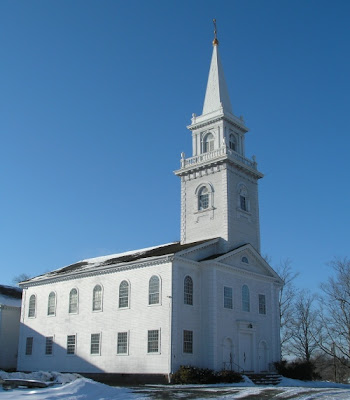 In 1734, East Haddam was finally incorporated as its own town.  It then began the process of expansion into the much larger town it's known as today. 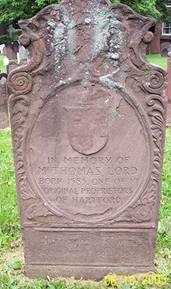 
William Parker and Thomas Lord were two of the founders of Hartford, CT, and are both direct ancestors of Niles Clark, Grampy’s father.


WILLIAM PECK (1601-1694), an eighth generation ancestor to Niles M. Clark, was a merchart in London and it is believed that he came to America with his wife, ELIZABETH, and young son, JEREMIAH, on the good ship HECTOR, arriving in Boston on June 26, 1637. He was probably part of the Eaton-Davenport Company who migrated to New Haven in 1638/39. He signed the Fundamental Agreement of Quinnipiack in 1639 and became a freeman on October 29, 1640 in New Haven. From 1659 to his death, he was a deacon of the First Church of New Haven. His homelot was on George Street. Although his estate showed that he was not wealthy, he was highly respected.

He was one of three who inventoried the estate of Sgt. Thomas Jeffrie in 1661. In December of 1662, at a town meeting in New Haven, Deacon Peck informed those present that the town "elders" were not getting enough to eat -- that there was not enough wheat & malt to go around.

Deacon William Peck & another ancestor, ROGER ALLING, were appointed a Committee of Trustees for a trust that totalled £918 being authorized to direct the affairs of the Collegiate Grammer School in New Haven.

William Hayden (1602-1669) and William Wilcoxson (1601-1652), both eighth generation ancestors to Niles M. Clark, were English settlers who arrived in Connecticut in the 1630's.  They were part of the first families of Stratford Connecticut, formerly known as Cupheag Plantation, and prior to that, Pequonnocke.  Their children, Daniel Hayden and Hannah Wilcoxson (who became stepsiblings when Hayden married Wilcoxson's widow Margaret), settled in Killingworth, CT and later Windsor, CT.  Their daughter Hannah Hayden married William Phelps of Windsor, and had their son Charles Phelps (1708-1745), who was my 6th great grandfather, and was the first Phelps to settle in Lyme, CT.
Posted by Scott Leonard at 2:38 PM