The Stolls of Kingston 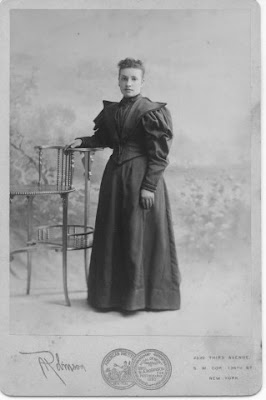 Shortly after my grandfather Herbert Francis Clarke was born, his eldest sister Emma left the Clark home in East Haddam to marry Anthony Stoll, a British immigrant whose family had lived in Bushwick Brooklyn upon arrival in the New World, but upon doctor's orders that Anthony's father move to the country as the air would be better for his poor health (stemming from lead poisoning by inhaling paint fumes), they had sailed up the Connecticut River and settled in Killingworth, to live in a house that a lawyer friend of the family had found for them. Anthony was a farmer, and later owned a gas station, but he was also reputed to be quite a tap dancer. He and Emma married in 1908 and settled in Chester, Connecticut for a few years before moving to Rochester Town, near Kingston New York. They later lived on Albany Avenue in Ulster Town, New York. 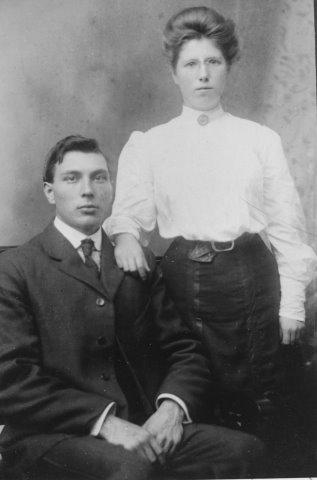 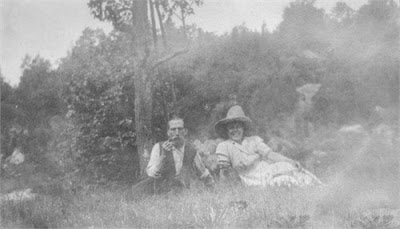 1.  Fanny Stoll (1909-1995) married her 2nd cousin, Richard Snow.  She worked as a sales girl at the Woolworth five and dime in Kingston, but later moved to Richmond, California, to be closer to her aunt Ethel Clark-Adams.  She had two sons (Richard Jr. and Albert).  Albert married Doris Cogswell and had four children, settling in Kingston.

5.  Vincent Stoll (1919-1962) married Roland Jacques from Fort Kent, whose parents were from Connecticut.  They had three children, and settled in Ulster Town, NY.

Here is a picture taken in 1931, at Anthony's parents' 50th wedding anniversary: 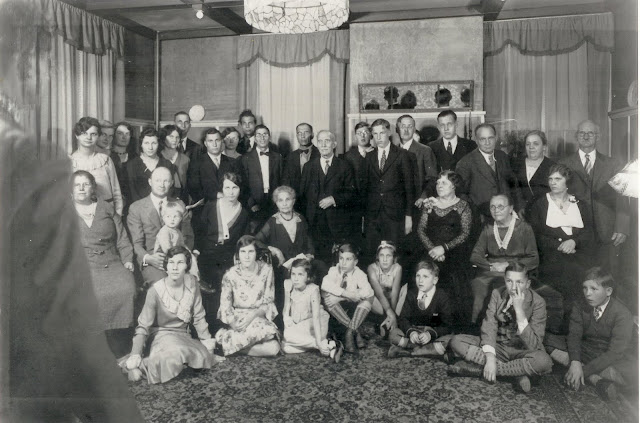 Emma is seated to the far left, wearing glasses (she is the only obvious Clark in the picture-I think she sticks out like a sore thumb!)...and Emma's daughter Fanny Stoll Snow is seated to the far right, wearing a broach, and her hands folded in her lap. In addition to eldest brother, Anthony Jr (located in the back row, first one one left that's in front of the fireplace), three of her little brothers are sitting at her feet (Harry, Edward, and Vincent). You can tell Edward is a relative of the Clarks....see how he's giving the photographer the finger? haha. Those I think are the only Clark blood relatives of ours in this picture. The rest of them are all Stolls, Anthony's extended family.

Most of the Stolls are buried in St. Mary's Cemetery in Kingston. 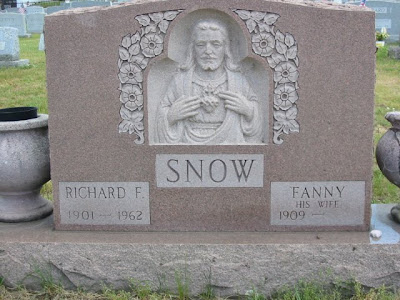 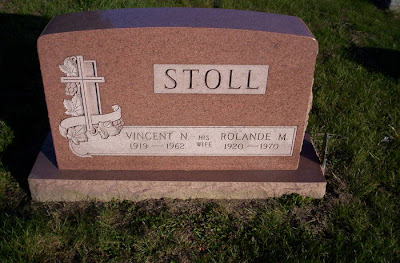 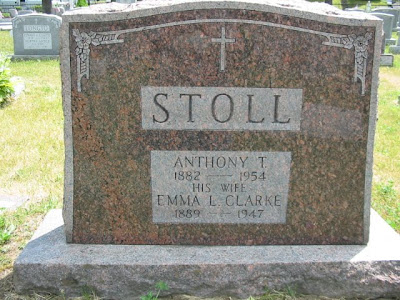 GRAVE OF ANTHONY & EMMA STOLL
Posted by Scott Leonard at 3:27 PM No comments: