The Morrills of Tuftonboro New Hampshire

The Morrill/Morrell name stems from England, but since it's such a common name in New England, I discovered that it's tricky business to try and connect all my own known 1800s Morrill ancestors back any further without error.  My proven Morrill line goes back to Jotham Morrill (born in Berwick around 1770), father to Jonathan Smythe Morrill (born in Tuftonboro New Hampshire in 1804).

This blog post is, more than anything, an outreach to other Morrill descendants.  It would be great to fill in the blanks here.  In communications with known Morrill descendants, I've been pointed to the very impressive website entitled Morrill Online, which tracks over 14,000 Morrills, but still doesn't account for many.  While many of my ancestors do indeed appear on here, they can't seem to trace back any further than I, and they don't include yet my oldest known ancestor Jotham Morrill of Moultonboro (born around 1768).  The owner of the site admits that there could be duplicative names, as in, my ancestors could appear twice in different forms.

One important and large branch of the Morrill family comes from colonial Salisbury, Massachusetts who descends from Abraham Morrill of Essex, England.  I'm quite doubtful that my line connects to that branch at all.

The other major branch of the Morrill family comes from John Morrell from England/Ireland, of unknown parentage.  This Morrill family established in Kittery in the late 17th Century, and John Morrell was a founder of North Berwick.  Many of these Morrills were early settlers of other towns in York County, like Berwick and Eliot.

A William Morrill, Jr. of Moultonboro had originally come from Berwick, Maine, like Jotham and descends from John Morrell.  William settled in Moultonboro (next town over from Tuftonboro) around 1785, when his first child was born.  William's age is close to that of Jotham.  On a 1907 Sons of the American Revolution record for a descendant of William named Wilmot Marden, and also on a War of 1812 enlistment record for Jotham (more on this below), they both state these men were of dark complexion.  So I feel there is a possibility that Jotham and William were brothers. However, this SAR record states that William was a descendant of Abraham Morrill of Salisbury, not John Morrell of Kittery/Berwick (I think this is an error, because there are other records which show the connection of the Berwick Morrills to John, not Abraham).  Further, the 1800 Census shows William Morrill of Moultonboro living next door to Jotham Morrill.

In page 367 of a publication entitled Morrill Kindred in America, Vol. 2, an Account of the Descendants of Abraham Morrill by Annie Morrill Smith (republished in 1931, with new material, The Grafton Press), a letter written in 1925 by  Mrs. Ethel Morrill McCollister of Mechanic Falls, Maine, there appears to be some evidence that Morrills descending from John Morrill of Kittery (not necessarily related to the historical Salisbury line) are connected to the Tuftonboro Morrills:

"The estate founded in Kittery (now Eliot Maine) by John Morrell was handed down intact until about one hundred years ago, when it was divided between two sons, John and William.  John's seven children were unmarried and the last two were cared for during their declining years by their grandnephew, Charles, who was the grandson of William aforementioned.

"This Charles tells me that the last to die, 'Aunt Harriet,' often told tales of her trips by wagon to Tuftonboro, New Hampshire, to visit her cousins of the Betsey Morrill Spencer line, and I believe the Tuftonboro folks came often to Kittery to see their kinsmen. So I think that removes all doubt of the kinship of the two families."

I find several reasons, however, to discredit some of the information given in the above letter excerpt:

-John Morrell of Kittery did not have a son named William, according to Morrill Online. Rather, he had three sons, John, Nicholas, and Abraham.

Further, in a publication called Morrill Genealogy:  Hibbard Morrill and His Descendants, written by Betsey Morrill Spencer, published in 1910 by Press of Seymour Brothers, it appears that the above claim could be backed up by the assertion that Betsey's great uncle William Morrill (born 1778) settled in Moultonboro, NH (next town over from Tuftonboro), and that William's brother was Hibbard Morrill, Sr. (the subject of this book).  Now, according to various other sources, this is not true.  Hibbard did not have a brother named William.

But, according to Morrill Online, Betsey Morrill-Spencer descended from Abraham Morrill, not John Morrell of Kittery.  The Tuftonboro Morrills, from my research so far, have all descended from John.

I wonder if any of these families were connected to my 4th great grandfather Jotham?

Another blog post I wrote details all the Morrill families who lived in Portland Maine. 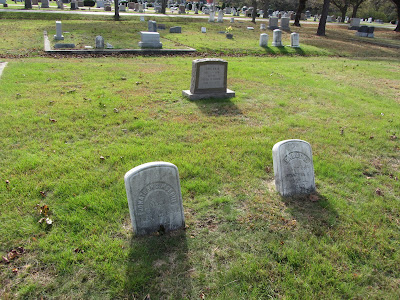 MORRILL FAMILY PLOT
FOREST CITY CEMETERY
(who else is buried there?) 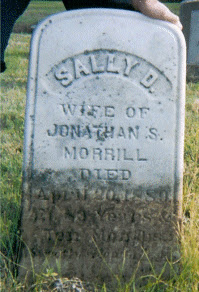 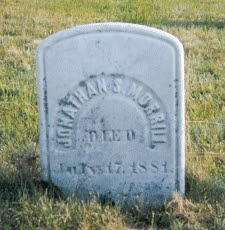 In reviewing the 1810 Tuftonboro Census, it appears that Jotham & Catharine also had one girl at the time under 10 years of age.  I found a death record for a Statira Morrill-Graves who appears to be the right age, and was married to an Ephraim Graves, who died young.  They had two sons, Albert (1820-1884) and Joseph (1830- ).  Jonathan named one of his daughters Statira as well. 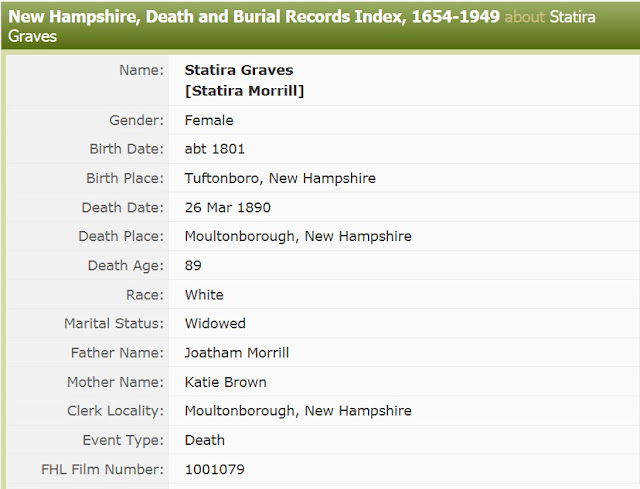 Statira died of La Grippe just a few days shy of her 90th birthday.  She and her family are buried at Bean Cemetery in Moultonboro, quite close to the graves of William Morrill (born 1778, who is mentioned above), and his wife Betsey (of the Betsey Morrill Spencer line). 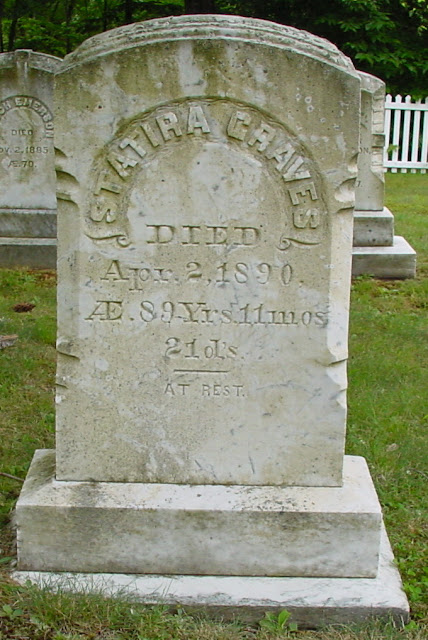 There was another prominent Morrill family in Tuftonboro headed by Samuel Morrill (1779-1849), who I believe was a distant cousin to Jonathan Smythe Morrill's uncle.

More about Samuel's family, and a profile on their backyard cemetery can be found here.

More about Jonathan Smythe Morrill's family life in Portland can be found here.