The Mystery of Little Edwin's Grave

Robert Browning, Jr. was owner of merchant seamen's boarding houses on Fore Street (aka houses of ill repute), and was also brother to my 2nd great grandmother, Sarah Jane Browning-Temm.  Robert had purchased for himself a plot in Calvary Cemetery, South Portland.  But he had also purchased a separate lot in Forest City Cemetery, South Portland, where a random mix of people happen to be buried, and it's a mystery I've yet to uncover the answer to. 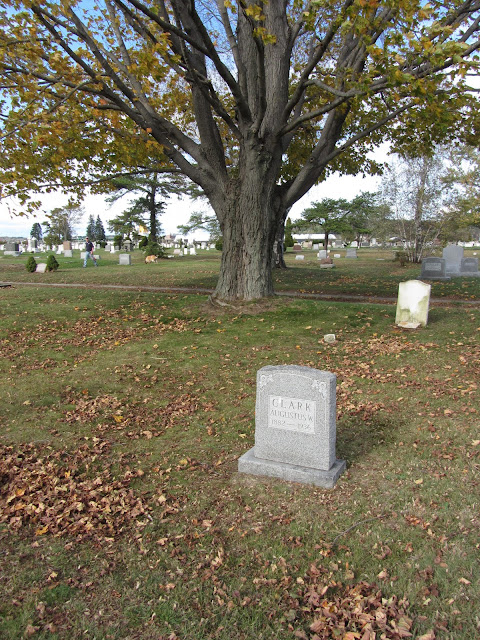 The three people with burial records for this plot are:

1.  Little Edwin Temm (who would've been Robert Jr.'s cousin) (1900-1900).  Edwin's parents were John & Hattie Temm.  Edwin's grandparents, Marcus & Sarah, were the only Temms to have died prior to him in Maine, and they were reported to have been buried in Forest City, so I suspect that they are also in this grave.  Little Edwin was not given a headstone, and is erroneously listed as Edward Temm. 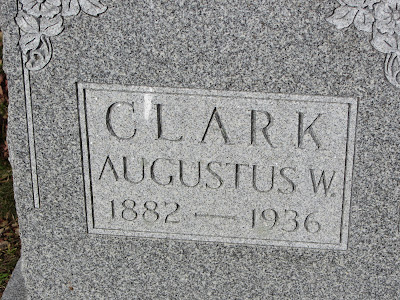 2.  Augustus Clark (1823-1908), son to attorney Jonathan Clarke of South Berwick, Maine, and Harriet Allen of Sanford, Maine.  Neither of these Clarkes are connected in any way to the Clarke bloodlines I've been researching from my own family.  It's curious to me why this man was buried in little Edwin's grave. 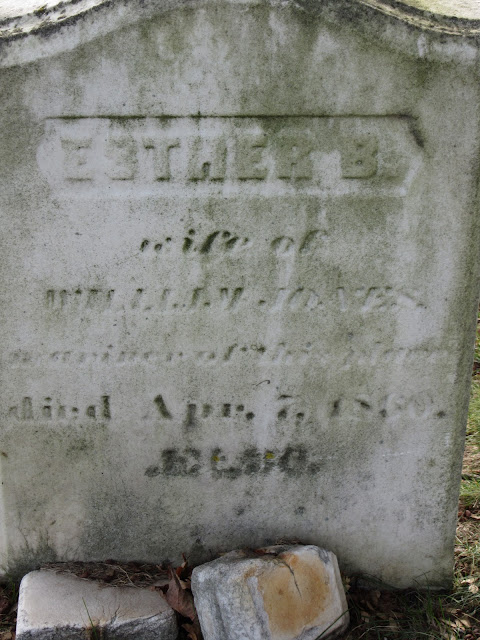 3.  Esther B. Jones (1830-1860), wife to William Jones, died of consumption in 1860.  She was buried in Eastern Cemetery in Portland.  On 20 Nov 1873, Esther's body was removed to Forest City Cemetery, and was one of the first burials in this plot purchased by Robert Browning.  I have no clue why.

1.  I'm guessing that Edwin's grandfather Marcus Temm was already buried here (since the lot was purchased just a few weeks after Marcus' death).  So why would Robert Browning Jr. have chosen to move the body so it could lie next to Marcus?


2.  Marcus' daughter, Elizabeth Temm-Smart (1857-1884), died while giving birth to her third child.  Her death record states that she is buried at Forest City as well, and the cemetery was unable to provide proof of burial there.  It's quite possible that this lot is home to Elizabeth as well.

3.  Marcus' daughter, Kate, seems to not have any available death or burial records.  I think she could also be in this lot.

4.  Marcus' wife, Sarah, died in Scarborough in 1892, and it's also unclear where she is buried.  I think this is the likely spot.

This is a mystery that will likely never be solved.  Review of all available records has gotten me only this far.

Robert Browning was buried at Calvary Cemetery, with his wife, Catherine Whalen, and some of their children.

I find interesting that there is a record of "Robo Browrig" having been buried on 29 March 1937 in the Pauper's Lot of Forest City, in Section Y, Lot 246 with no grave marker. 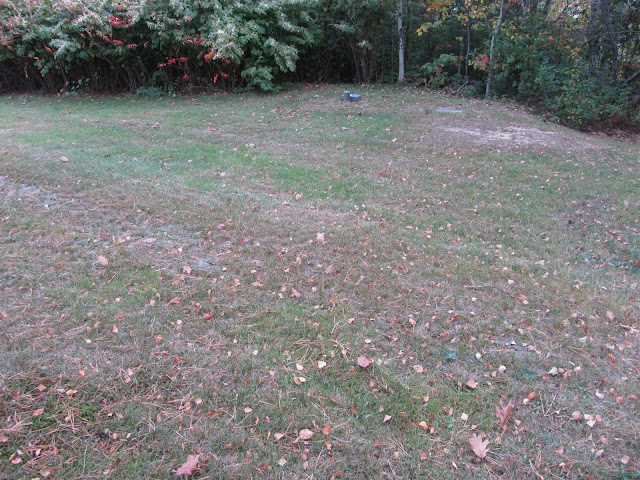 Forest City Cemetery is one of the largest cemeteries in the Greater Portland area, and many times when I've called their offices, I've discovered that the records aren't very well kept.  Anyone buried prior to 1915, for some reason, may or may not be on their list of records.  To boot, when you visit Forest City, it's now a massive burial site with NO markers for the plots of land.  Anyone who is looking to find people buried there may spend many hours looking for them, like my mother and I did last summer.  You must call the offices of Evergreen Cemetery on Stevens Avenue to get the information, or better yet, stop by there and get a map.
Posted by Scott Leonard at 6:19 PM