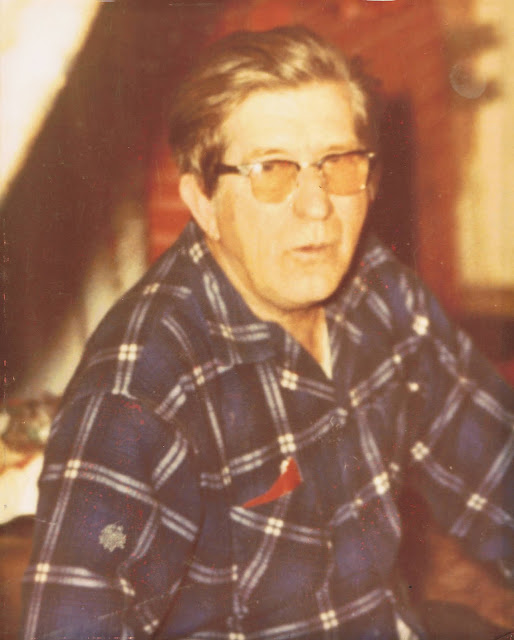 James Raymond Clarke was the youngest child of Niles & Lizzie Clark.  When James was only 8 months old, his father Niles died, and not long thereafter Lizzie placed James in the Opportunity Farm for Boys in New Gloucester Maine where his elder brother Herbert Frank Clark was living. These two brothers were the only members of the family that spelled their names Clarke with an "e", which leads me to believe that the orphanage made the name change.  Lizzie's nickname for James was "Jamesie", according a nephew of James.

The 1920 and 1930 Censuses show that Lizzie had moved from Connecticut to Scarborough, Maine, and had James living with her again, as well as his sister Geraldine Clark.  He stayed in Scarborough until around 1939. 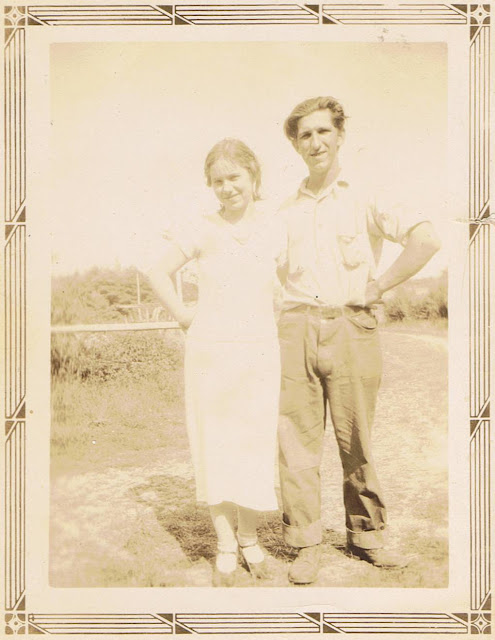 The 1940 Census shows James living and working as a hired hand in Walworth, NY at the home farm of Murray Brian, who was originally from Pennsylvania.  Murray's farm also contained a steel mill upon it.  The census record indicates that James had been working there for half a year in 1939 as well, and that he earned $436 dollars in that half year ($7,421.38 in 2015 dollars).

According to James' son, James also worked as a farmhand at Wadsworth farm in Geneseo, and Tracey Farms near Ossian, NY.

In 1941, James enlisted in the Navy for WWII, while living in Rochester, NY.  He was stationed in Brazil for a portion of his service.  He saw no battles, and returned in late 1942.  James may be the same person who enlisted in the Navy from Buffalo NY, and who mustered out on the following Naval ships:  USS Fierce (August 1943), USS PC-491 (August 1944), and USS Livermore (June 1945).

James had missed the passing of his mother Lizzie in the summer of 1942.  He began work as a farmhand, and at some point in the mid 1940's he moved to Allegheny County, in western New York State, for work.  Through his friend and co-worker Howard Kemp he met Howard's sister (and his future wife), Jennie Mae Kemp from Ward, New York.  The Kemp family had previously lived in Hubbard, Ohio before moving to NY. 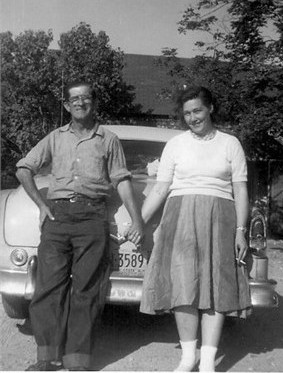 Jennie was pregnant with another man's child at the time, but James married her and named the child as his own, James Jr.  Jennie also had six children of their own in their new home in nearby Livingston County, New York.  Each of the children had names beginning with the letter "J".  In February of 1960, James began working with the NY State Department of Transportation, where he stayed until he retired in July 1975.  He was also a member of the Dansville Moose Lodge.

Like his brother Herbert Francis, James was a natural musician.  Just like his grandfather, Leonard Sherman Clark (whom he never met), he could play the fiddle and harmonica.  He could also play piano, and accordion.  He had a very lighthearted disposition, and was much loved and admired by his children.

James passed away in 1979, and Jennie in 2000.  It's thanks to Facebook that I have been able to connect with James and Jennie's children, so that I could get more information.  His family is all still living in Livingston County as of 2015, and I had the distinct pleasure of meeting them.

James and Jennie are buried together in the family plot at Westview Cemetery in Ossian, NY.  James' sister Geraldine's ashes are interred on top of him (although the stone isn't marked). 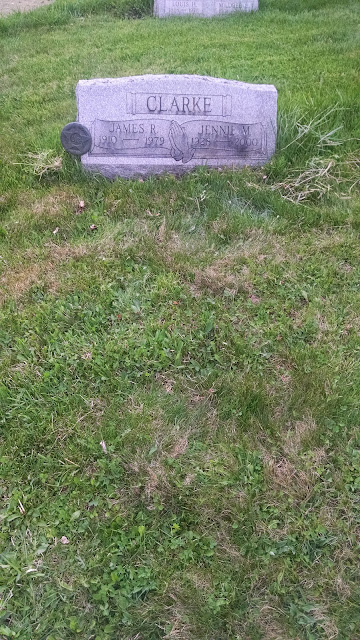 Posted by Scott Leonard at 6:25 PM